Travelogues of North Korea by an ordinary middle-aged woman

North Korea is a very exclusive country in Northeast Asia because their restrictive communist government is extremely resistant to foreign visitors, particularly to South Koreans. The North Korean government does accept foreign tourists, but South Koreans are an exception. Citizen reporter Eun-mi Shin has shed light on the forbidden country. Unlike most Koreans, she is allowed to visit North Korea because of her American citizenship.

As a mother and a wife, she is just an ordinary middle-aged woman. She once taught music to students after she finished a musical course at the University of Minnesota, but only for a while. She had an opportunity to become a citizen reporter after she wrote a travelogue about North Korea. Her acquaintance, who was a Korean exchange professor working in America, recommended that she submit her article to OhmyNews.

She visited North Korea with her husband, who loved traveling. They went there three times (2011 October, 2012 April and May) and traveled around the whole region of North Korea. 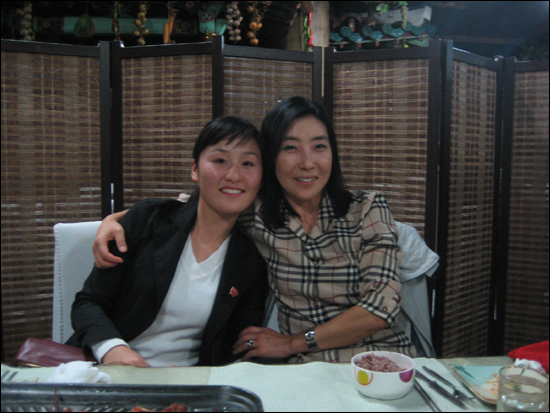 “We were informed of certain conditions. For instance, we had to ask for permission for some things like taking photos, going to places that were not originally scheduled, and just walking around in our free time. I understood why they had so many regulations because they had to manage our tour and also guarantee our personal safety. My impression of North Koreans is that most of them were a little bit shy but also quite friendly. And they also told us lots of jokes.”

Her article was a sensation for the audience of OhmyNews, but she hesitated to continue publishing serially, since some readers posted abusive comments regarding her ideology and ideas.

“Despite the abusive attacks I received, I continue to publish North Korea-related articles. Some people gave me positive feedback because they were thankful for being able to experience North Korea, even though it was only indirectly. I realized that my journal could contribute to sharing new perspectives about North Korea, even if only a minority of people supported me.”

She argued that North Koreans, being of the same race, are our brothers and sisters.

“South and North Korea have to recognize our national tragedy and demand our reconciliation. No one should be able to understand the separation of our brothers and sisters.”