Do you know Guro style?

Guro is an art college.

It seems like an ordinary art college for learning arts such as fine art, violin and voice. However it is sort of  an  alternative school in the Guro-gu administrative region of Seoul. This school was founded in 2010 as a nonprofit organisation and is operated through the Guro Cultural Foundation support. Its motto is “by Guro-gu residents, for Guro-gu residents.”

The college is open to anyone who wants to contribute to the development of Guro through cultural art. The lecture rooms are all around Guro, including a traditional market and a subway station. Lecturers are self-titled, and any Guro resident could be an instructor. They might be a market seller or a common grandmother who are willing to share the wisdom of life. There is only one major at school, which is community design. Nowadays, passionate young people have participated in divers’ activities to give a boost to the community as students of Guro college.

Guro college has aimed to establish a youth network system, which can plan and promote local festivals, such as a citizen festival and a town marketplace. Furthermore residents plan some programs which can integrate the students’ artwork. Twice a week, around 20 students gather and make a team of 3-4 people for a team project. People from various backgrounds participate, including normal university students, office workers and job seekers.

One of the project teams at Guro college is called ‘Guroker,’ and they have looked around for ‘hot’ work places and leisure places in Guro. They prefer to find humanist places where they can become intimate with neighbors and share their own culture, rather than commercial places such as pubs, movie theaters, coffee places and karaoke rooms. For instance, they visited an oil shop in the Guro market for the project. The owner kindly demonstrated the way to squeeze oil as well as explaining the history of the shop. They have posted occasional papers about relevant stories and interviews. 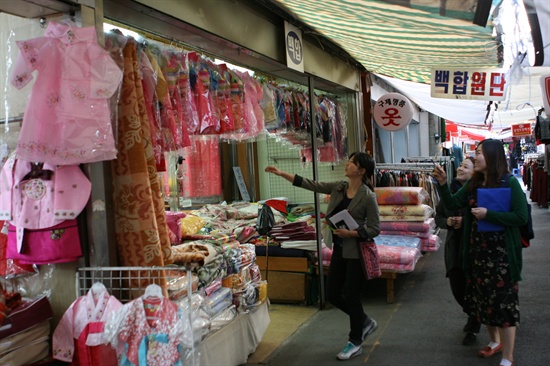 “It is so exciting for people in their 50s and 60s and seems to change the atmosphere in traditional markets and shops because of the presence of youth,” Guro market union president Jong-hun Lee (50) says.

* The origins of the title ‘Guro is an art college’ are in the title ‘XX is a college’ ‘XX’ can be substituted with any other word. It can be the title of a local area or objects and its motto is creating a place to learn ‘XX’-oriented objects.

* For the original article in Korean: http://bit.ly/R0NitU

by Eunbin Ko
posted in Cool News
No Comments »