There is a notable series of articles on OhmyNews called “Living as the parents of disabled children.” Common adjectives for the disabled include the words “poor” and “bad luck.” However, some of their parents are saying, “I am happy to be with you.” OhmyNews and social welfare foundation Miral have interviewed them and reported their real stories. One of the episodes is below. 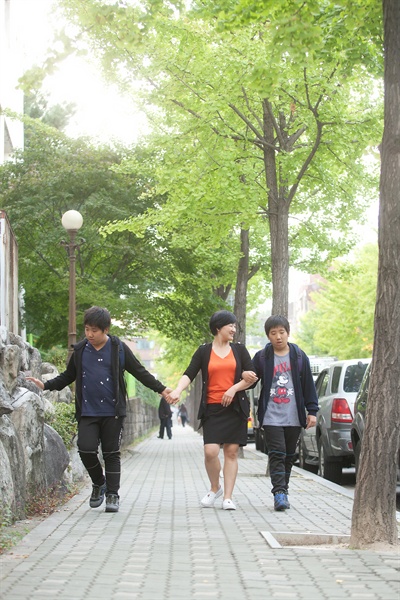 Since he is special, she could not teach him what he had to do in the right way. There was no one to solve her concern and that was the reason she started studying about sex education for exceptional children in Genapride, which is a developmental disorder institute, and now she is an expert instructor for that.

“There has been less agreement to treat disabled people as equal human beings. One ignores and scorns or sympathizes with them. However, mothers who have special children sincerely want to do the right thing without treating them differently,” she says.

* Translator’s comment: The above article has considerably engaged the audience’s attention since citizen reporter Hye-won Lee vividly brought forward the sexual problems of the disabled, which had received attention but was rarely explored before. OhmyNews provides a system whereby the audience can score the article and designate a writer’s fee, and additionally the audience can voluntarily contribute some as much as they want. It is one of the unique features of citizen journalism. In this article, the score has recorded over 2000 points, and writer’s fee from the audienceis at 39000 won, which are rather high figures.

For orginal article in Korean: http://bit.ly/RFWCGG