Here are my most recent posts

“The theory is that he may have been in there looking for a light switch,” said Lt. Tim Robinson of the Wicomico County Sheriff’s Office. Robinson also noted this was the first time in his almost 20-year-career he’d seen a crime like this.

Needless to say, the man is being charged with a few crimes, including animal cruelty. But I also think–he turned the power off to three chicken houses. There were around 70,000 birds in those houses. They must have been freakin’ huge, or they were in such conditions that the farmer himself should be charged with animal cruelty.

Hold on, China. It looks like Nigeria is vying for your free-speech-free society trophy. Senate president David Mark got his feelings hurt and wants to crack down on what people say on the internet because sometimes people demean their leaders.

Ah, democracy is such an inconvenience.

We need to change our attitude on how we report things about our country and we should emulate the foreign reporters who never report negative things about their countries.

Someone’s not reading many foreign newspapers.

Olympics Opening: Where was Atlanta?

It’s quite a bit late to talk about the London Oympics, especially the opening ceremony. But I found it amusing that columnist Jacki Viles on Digital Journal noticed that her home town of Atlanta was not represented in a quick tribute to past Olympic cities. Atlanta hosted the 1996, the centennial, Olympics. Having lived near there during the Olympics and in there after the Olympics, I agree with her that it wasn’t that much missed.

by Curator-in-chief
posted in Opinion
No Comments

Japan is not popular on the rocky uninhabitable island front these days. Hong Kong activists were detained by Japanese officials for landing on the Diaoyu Islands, which are claimed by Japan, Taiwan and China.

Meanwhile a swim relay from the Korean mainland to Dokdo was organized by pop singer Kim Jang-hoon. This follows the South Korean president Lee Myung-bak making an unprecedented and provocative visit to the islands. Called Takeshima by Japan and known as the Liancourt Rocks in English, Dokdo has been a longtime thorn in Korea-Japan relations.

by Curator-in-chief
posted in Under the Radar
No Comments

South Korea accused of racism in the U.N. yet not reported in Korean news

Here is a perfect example of news buried by the media. For the first time ever, South Korea has been challenged under the Convention on the Elimination of All Forms of Racial Discrimination. The repeated cases being turned down by the National Human Rights Commission of Korea (NHRCK) regarding foreign English teachers having to be repeatedly tested for AIDS has been challenged by the Geneva-based Committee on the Elimination of Racial Discrimination (CERD).

And not one news source in South Korea has mentioned this momentous event.

The investigative news blog Gusts of Popular Feeling has posted both the press release on this action, along with a translation in Korean. Here is the English version. 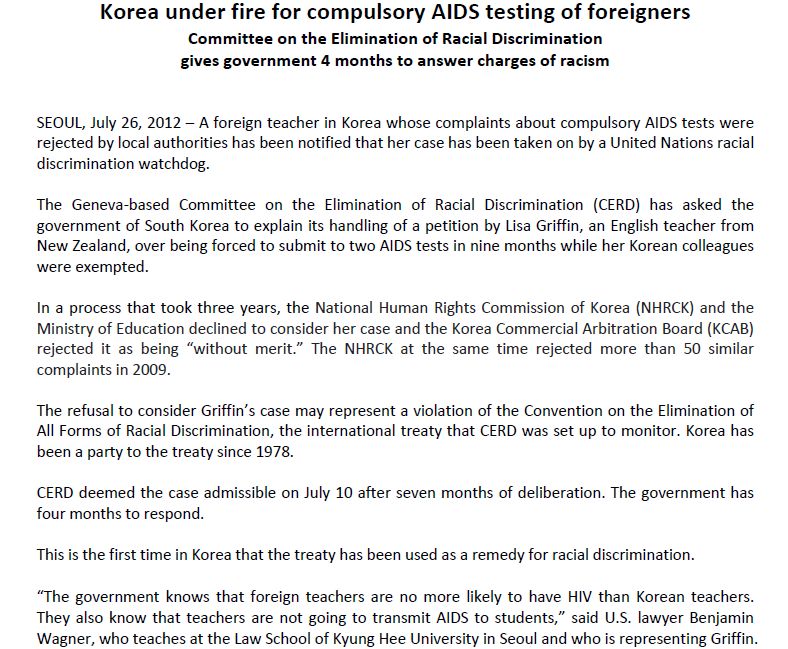 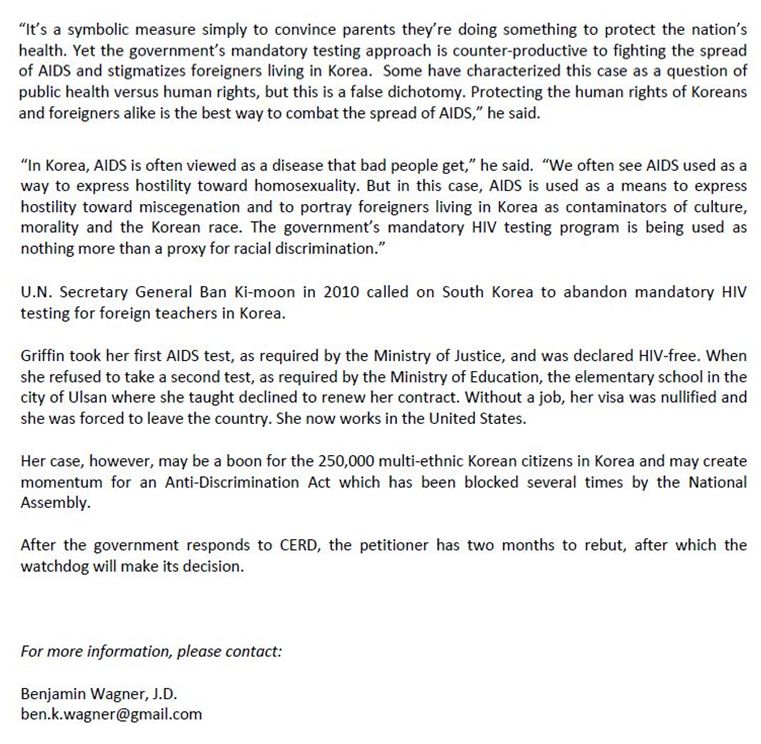 by Curator-in-chief
posted in Under the Radar
5 Comments

On STOMP, a reader was fishing on a pier when he reeled in this creature.

It kind of looks like a few creatures stuck together. Thoughts?

While many are paying attention to the Big Five nations’ medal counts, a female boxer is breaking stereotypes in Tajikistan by winning her country a bronze medal. Mavzuna Chorieva, 19, beat the highly favored Chinese boxer Cheng Dong to earn her medal.

Why is this significant?

In Tajikistan, combat related sports are generally forbidden to women. Read about her amazing story, including how she could only train with men as opponents on Global Voices.

by Curator-in-chief
posted in Under the Radar
No Comments

Citizen Journalism and the Olympics, part 3

Now for the coverage!

Are you looking for a CJ coverage alternative to the London Olympics and Paralympics?

Organization #media 2012 looks to be the best source for it. They have been organizing volunteers since last year and have gotten some good buzz.

Citizen Journalism and the Olympics, part 2

For those interested in the history of citizen journalism and the Olympics, Professor Andy Miah of the University of West Scotland has posted the Prezi slideshow of his keynote address to the Political Studies Association Sport and Politics Group in 2012.

Citizen Journalism and the Olympic Games

Citizen Journalism and the Olympics, part 1

The Guardian has a piece about citizen journalists charting Scotland’s Olympic torch relay through an organization called Citizen Relay.

Scotland’s Olympic torch relay: how citizen journalists have charted the journey so far (The Guardian)