Archive for the ‘Who’s Who’Category

I stumbled upon this great resource for citizen news in video form. CitizenTube curates YouTube videos shot by citizen journalists around the world. They also do a weekly round up of top stories on YouTube. From their website:

CitizenTube is YouTube’s News and Politics Blog. Here you’ll find important breaking news videos from citizens; developing trends in the use of YouTube by news organizations, activists, politicians, and governments; and lots of other YouTube goodness

by Curator-in-chief
posted in Who's Who
No Comments

Hye-won Kim, a citizen reporter of Ohmynews, wrote a book Thank You for Visiting an Old Person like Me. The book, which describes the reality of senior citizen living alone, is published by Ohmybook. Ohmybook is a publisher created by Ohmynews. Ohmybook plans to publish books written by active citizen reporters like Kim. She has been a citizen reporter since 2002. Until now Kim produced hundreds top news and got the honor of being introduced in the TIME.

The now famous citizen reporter does not add any pompous modifier, nor does she rashly judge their lives. Kim plainly shows the readers the true condition of the elderly as it is, and allows the audience to contemplate problems of current senior citizen welfare policy. Following are two stories included in the book. The book contains stories of total twelve old people living alone.

I want to work, but there is nothing

6 o’clock in the morning, when most of the world is quietly sleeping, Keum-ye Lee wakes up. She eats breakfast, cleans up the house, does her laundry, and heads straight to a senior citizen center, where she does volunteer work. Typically, an 83-year-old woman gets help from the others, not give help to the others. However Lee finds happiness in cooking and feeding more than twenty old people in the center.

“I do not have anything, and I also am in poverty. However it feels good to help other people. At first they tried to keep me from volunteering because of my old age, but now they let me do it. They know that my actions came from a pure, sincere heart.”

Lee insists that she will continue doing volunteer work for as long as her body will let her. In fact, she has continuously worked since she was very young. Lee’s recollections from teenage years to present are filled with chores and work.

The old woman’s hometown is Hwang Hae Do, now a province of North Korea. Because her mother passed away at an early age, it was the young Lee who had to weave 500 straw bags for the Japanese army, who pawed the rice field, and who took care of all the domestic affairs. Though she had enormous amounts of work to do, her life in Hwang Hae Do was joyful, with her loving husband and little son. However her happiness did not last long.

Five years after her marriage, the Korean War broke out, and her husband was lost during the war. After she got separated from her husband, Keum-ye Lee came down to South Korea with her only son. Lee bought an old used sewing machine to make traditional Korean clothes in her new home. Her diligence and exceptional skill in needle work got famous in her village, and many people bought clothes from her. However, poverty did not go away.

“Maybe because I started with nothing, it was hard for me to get out of this miserable state. I sewed all day and night until my fingernails came out, but my earnings were not enough to pay the rent and my son’s tuition.”

She did everything to survive in the chaotic circumstance, from being a hotel cleaning woman to a housemaid. Thankfully, Lee’s hard work enabled her to support her son’s education and marriage. Nevertheless, all her work did not save her from the lonely life in a small semi basement room, the life where she is even afraid she will not be able to pay the heating expenses. The industrious woman is now left with arthritis and the status of “solitary aged woman.”

The life of Keum-ye Lee minus labor is zero. Why did Lee, a hardworking person, remain poor? Lee, who has never stopped working, now earns only $70 in old-age pension. She cannot get basic living subsidies from the government because she has a living son. When will a world where the diligent people get their reward finally come? It seems like we have a long way to go.

Because of the small house I’ve had for 45 years

When I got out of the car to visit Mal-young Seoung in Yeonnam-dong, all I saw were small one-storied houses clinging to each other as if they were grasping for warmth. The area is one of the few places in Mapo-gu where city gas is not installed. In the 1970s, yeonnam-dong was a shantytown, and while there have been significant developments, it is still a region where the poor inhabit. Upon entering Seoung’s house, I saw her watching television alone. Her room was filled with household goods, and there was only a small area left for the beddings on the floor.

Mal-yong Seoung, 80-year-old, is living with her two grandchildren. Her only son left home. Seoung now gets help from social service agencies and earns $166-250 per month through public work, and picking up waste paper. However, Seoung recently hurt her leg, and she is worried how her family will survive if she is unable to work. Her income is not enough to raise 16-year-old and 19-year-old grandchildren, especially in the winter when she has to stop working.

Seoung’s wrinkles show that she has gone through many ordeals in her lifetime. As a young girl, Seoung saw her hometown Seongju-gun transform from a beautiful town teeming with apple trees into a place of abject poverty. After undergoing World War Ⅱ and the Korean War, the subsequent drought proved to be the most difficult. She and her in-laws had to eat wild herbs in order to survive. When they couldn’t find any wild vegetables, they ate the leaves of weeping willows.

Through hard work, Seoung and her husband overcame their hopeless situation and moved to Seoul. In contrast to their life in rural Korea, where inhabitants were confined to being tenet farmers, Seoul seemed to be full of opportunity. In Seoul, women were entitled to sell things amongst men, and so Seoung peddled and made a small amount of money.

“I felt like I had everything in the world when I bought a pacific saury, a little bit of rice, and two pieces of briquette on the way home. I thought that everything was going to be okay.”

Her happiness didn’t last long. Her house burnt down by a fire while she was out peddling, and her husband got into a car accident at the age of 45. He couldn’t get the compensation for the accident or get proper medical care. Seoung’s husband passed away 30 years after the accident.

Soon after her husband’s death, her only son came with his two young children. Her son, who lost an eye by the shock of his divorce, told his mother to take care of his children and left. Even in dire poverty, she did her best to take care of her two grandchildren. She worked as a housekeeper, a manual laborer and a street vendor. She also picked up discarded papers and participated in a job-producing project. However, regardless of her hard work, her situation remains desperate.

Her eldest grandchild has a part time job, but his income isn’t enough for three people either. To make matters worse, Seoung cannot receive government subsidies because she owns a little house. Seoung has been living in her home for 45 years. The house is only 53 square meters, but lately the price has increased sharply due to rumors of redevelopment within the area.

The Korean government does have a policy of giving subsidies to the poor. However, it is hard for many poor to be accepted as recipients of the livelihood programs because of complex standards. The system is unreasonable because they might not be entitled to the help one should get. For this reason, some social welfare experts argue that the system should change.

Seoung lives a life of perseverance. In a utopian context, where diligent people get their rewards, Seoung might have been rich. However, Seoung, along with many others, is trapped in an unequal social system that renders them powerless. Hence, the government should consider reshaping the current irrational social institution that hinders hard workers from reaping their rewards.

The Washington Post’s “BlogPost” reports that Mohammed “Mo” Nabbous’s baby was born. Nabbous was killed by sniper fire in Lybia while covering a story on wounded children. His wife posted a tribute video to her late husband and their new child. 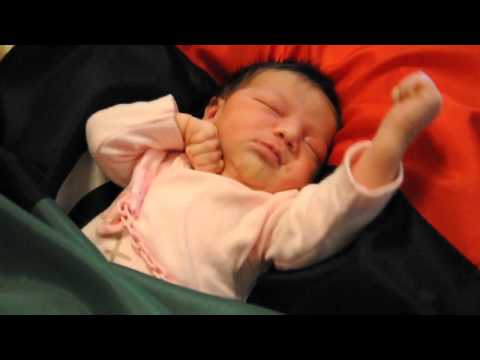 by Curator-in-chief
posted in Who's Who
No Comments

The Hindu Business Line has a profile of 25-year-old Sondos Shabayek, who started out as a citizen journalist during the Egypt uprising and is now editor-in-chief of an Arabic youth magazine. The article is a good read on the changing atmosphere for women and journalism in Egypt.

Karen Gadbois is an example of citizen journalism’s  growing importance and respectability. Reporting on the destruction of neighborhoods in her native New Orleans on her blog, Squandered Heritage, she uncovered corruption in the New Orleans Affordable Housing (NOAH) program. This reporting, done in conjunction with local TV news reporter Lee Zurik, won her major national awards.

Thomas Hilbink of the Open Society Institute Blog has an interview with Karen Gadbois. Here’s a sample. 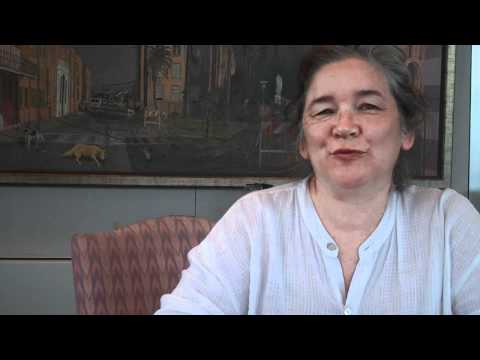 The entire interview is here.